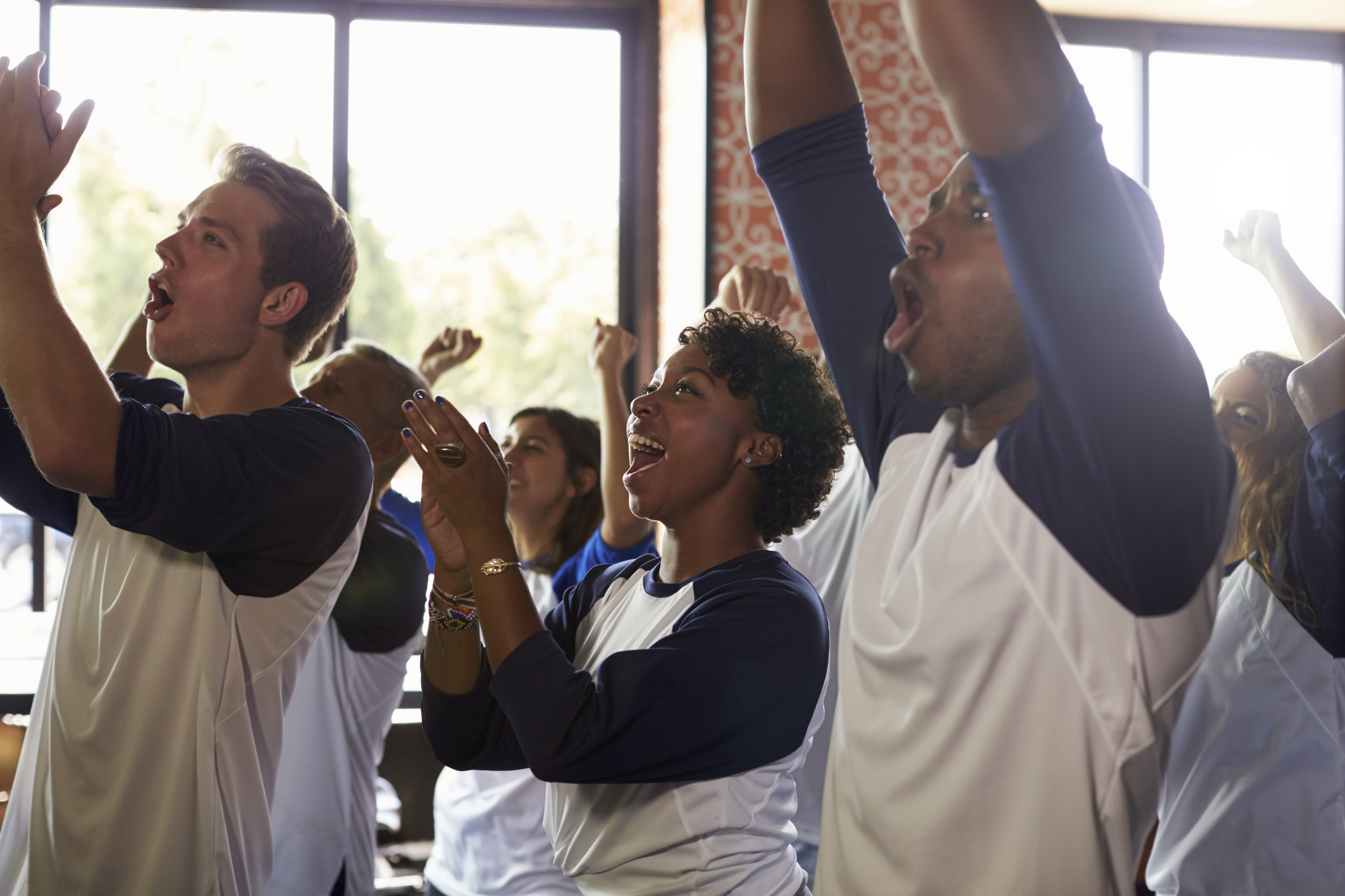 Assessing your financial progress with honesty but without negativity

Assessing your financial progress with honesty but without negativity

Financial Education / Assessing your financial progress with honesty but without negativity

I'm going to let you in on a couple of dark secrets about financial improvement.

First of all, it's a slow road. Once you get past that initial burst of changing things around, automating your savings and some of your bills, selling off a bunch of stuff to eliminate a few debts quickly, and taking a few big frugal steps that are essentially the "low hanging fruit," it feels like your progress slows down. Way down. The reason is that your destination is almost always very far off in the distance, so far off that it feels almost unreachable.

Have you ever driven on the Kansas Turnpike, where the road seems to go in a straight line forever on what amounts to completely unchanging terrain, with only the glimmer of a destination off in the distance? That's kind of what financial change can feel like sometimes.

The simple nature of long, slow progress means that financial change can be a real drag on your mental state. You feel like you're putting so much into this and moving forward an almost imperceptible amount on the big journey. Hundreds vanish into retirement savings and emergency funds and debt payments and it still seems like the destination is so far off that it might as well be unreachable and all of the effort amounts to practically nothing.

To put it bluntly, the long road to financial progress can easily detour right into some intense negativity. Whenever you feel like you're making huge sacrifices but aren't seeing any sort of positive change as a result of it, it can feel painful.

One response to that negativity, of course, is to simply give up on your financial turnaround. Many people do this. They convince themselves that the system is rigged because they're not seeing any direct success. They begin to believe that anyone who does find financial success is somehow "cheating" or is doing something so ridiculous that they won't even consider it.

Another tactic that people use is to rely on outward signs of wealth as "proof" of financial success. "I must be doing all right if I can afford this Escalade," they think, but when you're barely able to keep food on the table, and most of your income goes to debt payments, you're not building wealth. You're robbing the future to pay the past.

Yet another tactic that people use is to focus entirely on one single metric that looks like it's going well and then revert to old behaviors with everything else. They start contributing to retirement and look exclusively at that retirement number going up. Meanwhile, they're racking up credit card debt and are behind on their mortgage payments, but their retirement balance is going up so everything must be great!

I've seen all of these responses. Each one of them allows people to either give into pure negativity when assessing their financial progress or else allows them to avoid any sort of honesty when looking at their money situation.

Here's the truth: You want honesty, but not negativity. Honesty means that you're seeing the truth and recognizing that it's not all good but it's not all bad, either. It means that you see that you are making progress but that you can still do better and it opens you up to finding ways to do better, which is one of the most important elements of financial success. Negativity, on the other hand, puts an enormous emphasis on the negative and convinces you that your good efforts have far less value than they actually do, which is disheartening and can often convince people to fall away from their financial progress.

How, then, can you look at your financial progress with honesty – allowing yourself to see the good and the bad – without giving into negativity?

First, stop comparing yourself to others. A lot of negativity about personal finance comes from people comparing themselves to others. If they're doing well at saving, they'll compare their possessions and current lifestyle to others and feel inadequate and jealous. If they respond by cutting back their savings, they'll quickly start to convince themselves that big financial goals are impossible. The root of that negative feedback is other people, and comparing yourself to others is useless.

Remember, you have no idea what a person's full life picture looks like – how much debt they have, how much help they're being given from the Bank of Mom and Dad, or anything else. Comparing your situation to anyone else based on a few signs that you can see from the outside is a huge mistake.

Instead, focus your comparisons on yourself. Keep your eyes squarely on the direction of your own progress and let other people do their own thing. Compare your situation now with what it was in the past and look at the positive change that's occurred due to your financial and professional efforts. The goal here is to see that you are making real progress and to see how little changes really do accelerate that progress.

Second, use your recent past for comparisons. I recommend using your financial state from a month ago and, if you have the information, a year ago as guideposts (we'll get to how to specifically do that next). You can also use the moment of your financial turnaround as a guidepost, too, mostly in a "see how far you've come" way for inspiration, not because it's particularly useful.

The reason to use recent comparisons is that the differences between you right now and the version of you that existed a month ago aren't very many, and there aren't even that many differences between the you of today and the you of a year ago. In many ways, you're living the same life with the same interests as you were a month ago and even a year ago. Thus, when you're comparing your financial state right now to your state from a month ago or a year ago, you're eliminating most of the factors that excuse bad behavior or inflate good behavior. You see the truth of your behavior as clearly as possible.

One great way to do this is to just get into a routine of calculating your net worth once a month. I suggest using a spreadsheet for this if you're familiar with how to use one. Just make a row for each major asset that you want to keep track of and for each major debt that you want to keep track of. Make a sum of the debts, then a sum of the assets, and then subtract debts from assets to get your net worth. Yes, it might be negative, especially early on.

When you compare your net worth right now to where it was a month ago or a year ago, you see, right there, what your financial progress looks like. Paying off debt and saving money for the future helps your net worth. Spending foolishly hurts it. It's as simple as that. If you have the individual debts and assets up there, you can quickly see what's gone up and what's gone down from month to month, so you can see where the problem is – if it's your checking account that's shrinking, you probably have a spending problem.

Fourth, focus on how far you have come, not how far there is to go. It's easy to feel bad if you have a negative net worth or if your net worth is tiny compared to what your goal is. Don't worry about that number on its own and don't worry about your overall goal too much, either.

This brings us to the last principle: Use your progress, good or bad, to set reasonable and achievable short-term goals for yourself. Your net worth went up by $1,000 last month! Awesome! Can you shoot for that amount again next month and make it repeatable, or maybe even shoot to beat it? Your net worth went up by $15,000 last year? Awesome! That's an average of $1,250 per month. Can you beat that average this coming month?

If you find that your progress isn't what you want it to be, sit down and look at your most recent history and see what went wrong. Why did you spend so much last month? That's your focus. You can see that you've made great progress overall for the past several months and it's only the last month that's problematic. What can you fix?

Don't look at such situations as a sign of failure. Look at it as a misstep or two after a long journey in the right direction, a brief wrong turn when you're well into the Appalachian Trail of your journey. You can look at comparisons to where you were at the start or where you were a year ago as proof positive that you're heading in the right direction overall. Such reviews and improvements are meant to keep it that way and to perhaps even accelerate your journey a little.

In the end, it's all about honesty without negativity. You need to understand that you're not perfect and that missteps will happen with everyone, but you need to look at those missteps with honesty and ask yourself how to truly correct them. That's the path to success in almost everything you tackle in life.

The post Assessing Your Financial Progress With Honesty but Without Negativity appeared first on The Simple Dollar.

The views expressed in content distributed by Newstex and its re-distributors (collectively, "Newstex Authoritative Content") are solely those of the respective author(s) and not necessarily the views of Newstex et al. It is provided as general information only on an "AS IS" basis, without warranties and conferring no rights, which should not be relied upon as professional advice. Newstex et al. make no claims, promises or guarantees regarding its accuracy or completeness, nor as to the quality of the opinions and commentary contained therein.

This article was written by Trent Hamm from The Simple Dollar and was legally licensed through the NewsCred publisher network. Please direct all licensing questions to legal@newscred.com.

Related Topics
January 21, 2021
Are you saving too much for retirement?
by Eric Brotman
January 21, 2021
5 strategies for 40-somethings who are way behind on retirement savings
by Robin Hartill, CFP
January 14, 2021
Want to get financially healthy in 2021? 5 simple New Year’s resolutions
by Liz Frazier