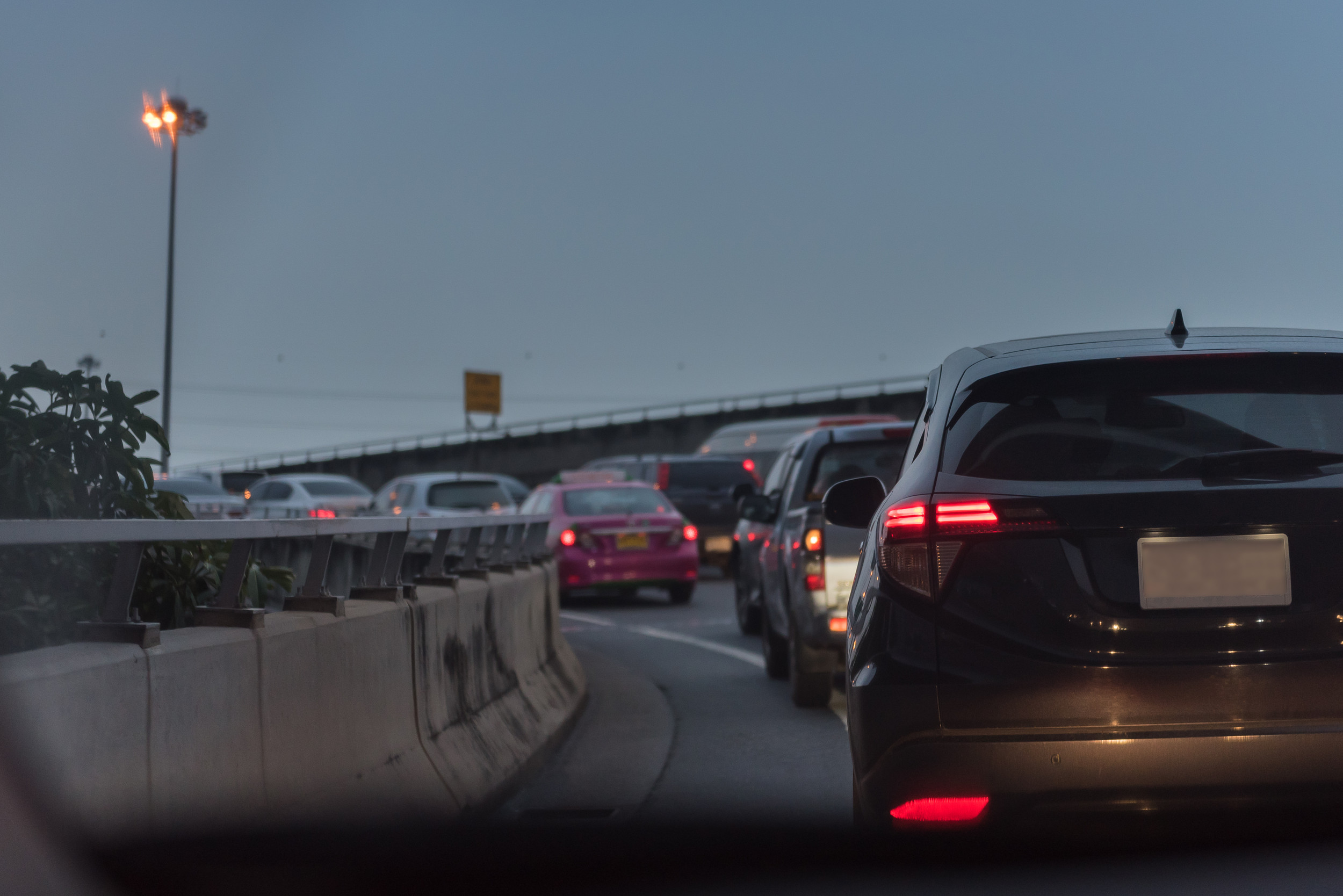 Why you need a cash cache

Why you need a cash cache

Financial Education / Why you need a cash cache

These days you can live a pretty much cash-free life. But it's smart to have at least some greenbacks on hand for emergencies – a collection of lucre that I call the "cash cache."

To be clear: This is not an emergency fund. It's money you keep on hand at home, but separate from your wallet. Generally, it's used in times of trouble: power outages, natural disasters, identity theft.

Or floods. Tens of thousands of Texas residents were displaced by Hurricane Harvey. Some probably have credit cards, though they aren't always helpful where power and communication lines are down. But some may not, and are relying on emergency shelters, the kindness of strangers, and whatever cash they had in their bug-out bags. (Gratefully, some banks are waiving ATM and other fees in the wake of the storm so people can access cash.)

Some people call it run-out money, or get-outta-town money. One man I know calls it "the bail fund," and in fact has lent it to friends for that very reason.

A woman I interviewed said her cache contained enough to pay for a cab ride out to the suburbs, on the off-chance she ever missed the last train. She never did, but it made her feel better to know the money was there.

Another person told me he stashed some cash in the car as well as at home. That way he could pay cash if he needed a tow, or give a few bucks to someone in need.

Whatever you call it, and wherever you keep it, the stockpile puts the "ready" in ready cash. And you should be ready, according to the U.S. government. The "Build a Kit" section of Ready.gov includes "cash or traveler's checks" in its list of things to have on hand. That's because power failures are a part of many disasters.

There's also the possibility that the power failure would be the disaster. If a blackout affected your entire region, would you be able to pay for food, water or prescriptions? Don't assume that a retailer's backup generator will automatically make it possible to pay with plastic.

"I've been in a grocery store during a localized power outage and they stopped accepting card purchases altogether," says Bernie Carr of ApartmentPrepper.com.

"Everyone who had no cash left their carts behind. Those who had emergency cash in their wallet or car were able to make purchases."

How much should you save?

The size of the stash is up to you. As a Seattle resident, I went for $300, just because it seemed like a good number. I kept my cache in an old Maxwell House tin and referred to it as "the coffee-can ATM." Sometimes I drew from it to help my daughter make change when she sold items on Craigslist, or for when I visited yard sales (where the proprietors appreciate small bills).

About that: Your cash cache should definitely include ones, fives, and tens along with $20 or $50 bills. If you need to buy a bag of ice after a hurricane, having exact change would be a big help to the retailer.

Personal finance author Liz Weston recently had a reader suggest that saving loose change was a good way to have money on hand in case of earthquakes. Weston disagreed, saying all those coins "will add unnecessary weight to your kit if you have to evacuate." A few hundred dollars in bills fit easily into a pocket, she said: "Not so the 20 or 30 pounds of change that make up an equivalent amount of spendable money."

A few dollars' worth of rolled coins isn't the worst idea. But if you have to leave with only what you can carry, make paper money the bulk of your cash cache.

Using debit for all purchases is increasingly common in the U.S. But suppose your debit card is lost or stolen? If you need to buy groceries and don't have a credit card, or if you need to withdraw money to pay the babysitter for the week, your cash cache will save the day.

Bernie Carr learned this the hard way a few years back. Late on the Friday afternoon before the July 4th long weekend, she and her husband tried to buy groceries with their debit card. It was rejected. Next, they tried a credit card; it, too, was refused.

Upon calling the bank's after-hours number they learned the accounts had been frozen because of a pattern of suspicious transactions (which did turn out to be fraudulent). They were told they could withdraw cash with valid ID – but the bank was closed until Tuesday because of the holiday.

Fortunately, Carr says, "most preppers believe in having a cash stash."

She and her husband used some of theirs to pay for food and put gas in the car until Tuesday when they could get cash and close the compromised accounts. (They also changed the way they handled their finances — e.g., having credit cards from more than one source.)

Linsey Knerl lives in rural Nebraska, where the bank closes early and isn't open on weekends. Non-bank ATMs are available but charge high fees. Having cash on hand is important to her bottom line because she's been able to get some amazing deals at farm auctions: tractor blades, fencing, cattle sheds, and lawn mowers.

Another $500 got them an old school bus, which they plan to turn into a recreational vehicle. A truly astounding deal was a storage unit's worth of mint-condition books, many of them perfect for the family's homeschooling program, for just $85.

Greenbacks are also essential when it comes to Facebook resale groups, whose members don't take checks or credit cards. Knerl and her husband buy items from these groups and sell some of them on Etsy.

"Having cash makes you cash," she says. "We couldn't have done any of our online selling without it."

If you find a limited-time opportunity of your own, having quick access to money could make or break the deal.

The care and feeding of a cash cache

For the financially secure, building a money reserve is simple: Go to the bank and withdraw your target amount. All done!

Not everyone is that lucky. According to a recent survey from Career Builder, 78% of U.S. workers live paycheck to paycheck. If you're one of those folks, finding the money to set aside can be challenging – but not impossible.

Once you've got your cash, or while you're accruing it, you need a safe hiding place. Don't go the obvious route (desk, dresser, cookie jar, under the mattress), because if your home was burglarized, these are just the sorts of places thieves love to search – and just when you might need some cash on hand.

Just for fun, Google the phrase "preppers hide cash" and you'll get quite an education. Some folks create hiding places under bookcases, inside framed pictures, behind baseboards, or even buried in sections of capped PVC pipe. Or try one or more of the following ideas:

Wherever you decide to keep the money, two important rules apply. First, don't forget where you put the money. Seriously. Second, only you and your spouse or partner should know the money's location. Letting everyone in on the secret is just asking for theft, even if the guilty party convinces himself he's just borrowing the money.

Fun fact: If your emergency moolah burns up in a house fire or gets stolen, your homeowners' insurance might cover it. Check with your agent.

A cash cache is a lot like homeowners insurance: You get it in the hopes that you'll never need to use it. But if you ever needed it and didn't have it, your life would be a lot harder. Hope for the best, expect the worst – and set aside some get-outta-town money.

This article was written by Donna Freedman from The Simple Dollar and was legally licensed through the NewsCred publisher network. Please direct all licensing questions to legal@newscred.com.

Related Topics
December 17, 2020
The why and how of workplace emergency savings funds
by C.J. Marwitz
November 12, 2020
4 money tips to do right now during the recession
by Melissa Houston
September 03, 2020
Worried about losing your job? Take these steps now