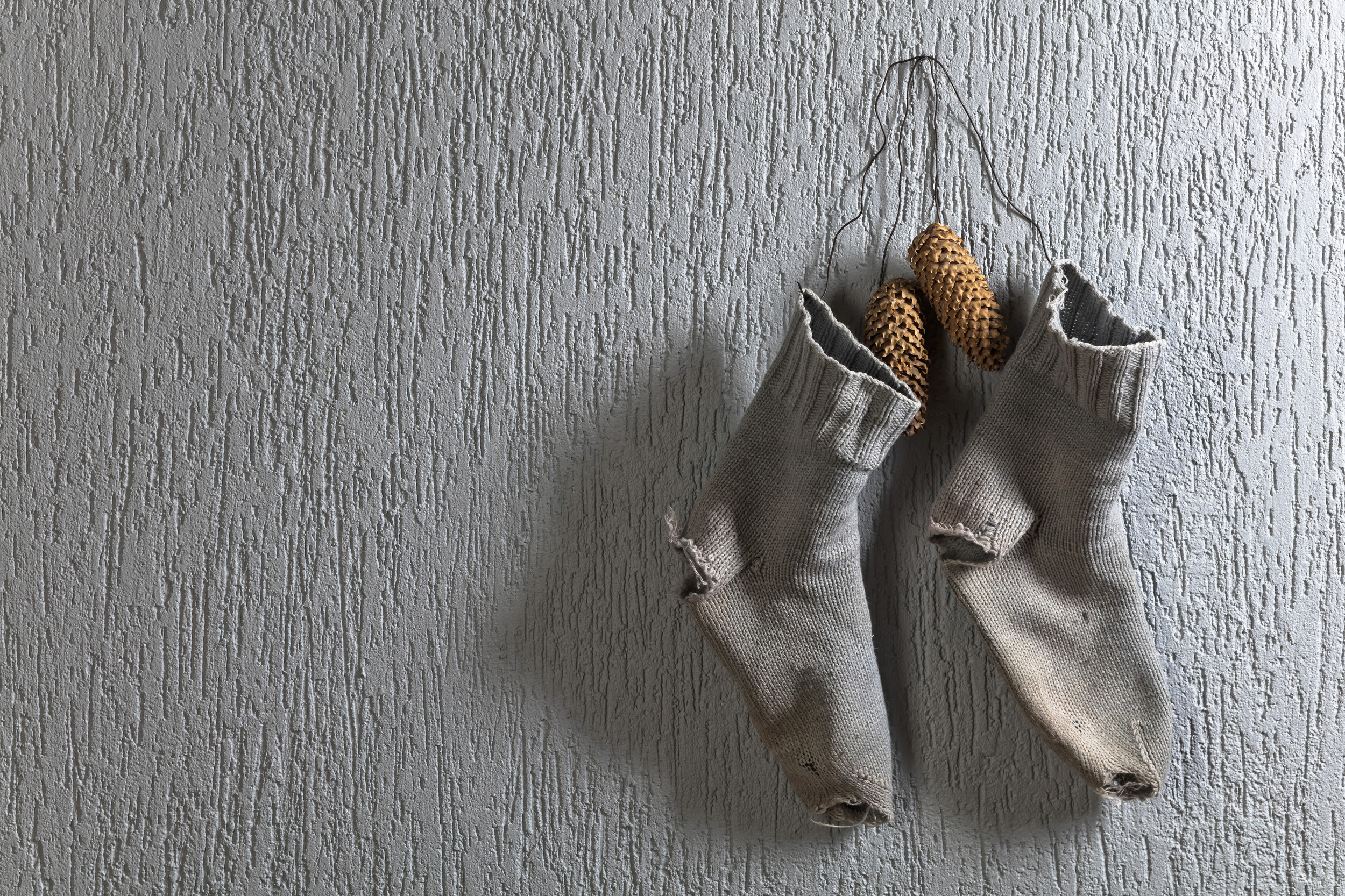 How to make room in your budget to donate to charity, even if finances are tight

How to make room in your budget to donate to charity, even if finances are tight

Financial Education / How to make room in your budget to donate to charity, even if finances are tight

One of the great financial dilemmas of your twenties ― and any time of life, for that matter ― is how to donate to charity when finances already feel tight. Between rent, car payments, medical expenses, groceries and more, it seems like there’s not much room for giving, even if good causes are top of mind.

We asked charities and financial experts for advice on how to start donating even though you’re operating on a shoestring. Their tips are an excellent starter kit to making 2018 (and beyond!) a year of giving to causes you care about.

1. Decide which cause is important to YOU.

Nearly every financial expert or charity we spoke with listed passion as the No. 1 thing to gauge before you start budgeting for donations. Since giving money often involves a sacrifice on your end, it’s critical that you believe in the cause you’re donating to, according to Tyler Dolan, a financial planner with finance site Society of Grownups.

“Contributing to a cause that resonates with your values is better than donating to everything that comes across your email or Facebook feed because it will mean more to you,” he told HuffPost.

Katie Dillman is a nonprofit organizer who started her charity, Make Our Day, after years of “periodically starting and stopping monthly donations” to big-name charities she didn’t know much about, she told HuffPost. “For the life of me, I can’t tell you why I made the donations I did ... other than ‘Charity is good, you should give to charities, I give to these charities because I see people on TV giving to them in massive amounts.’”

Now, the elementary school tutor carefully picks and chooses causes she directly cares about, like Kickstarter campaigns to fund books for her students. She said life “feels radically different” giving to causes that affect her.

“The more you can align your actions with your beliefs, the happier you will start to become in every area of your life,” Dillman said.

Priya Malani is the founder of Stash Wealth, a finance company that helps young people manage their money. She says she sets up labeled savings accounts for her clients who want to start giving, then works with them to decide how much they’ll stash in that account each month.

“People say, ‘Should I or shouldn’t I donate?’ But if the money’s already there, you’re going to do it,” Malani said. The same applies to other goals, like saving for a vacation. “Nickname your account ‘donations’ or ‘Amalfi coast trip.’ If you label it as such, you’re much less likely to touch that money.”

3. Choose something to sacrifice.

In order for most twenty-somethings to donate to charity, “you’re going to have to make some sort of sacrifice in your budget,” Dolan said. A common choice is cutting back on “fun money” by skipping dinner with friends once a month and giving that cash to charity instead. Or maybe, you’ll decide that making space in your budget for donations is more important than saving quite so much for a car each month.

Your sacrifice doesn’t have to be big, said Jennifer Bernstein, managing director of development at the Natural Resources Defense Council.

“It really is true that every dollar counts,” she said. “Think about one thing you can forgo, like maybe skipping that daily cup of coffee once or twice a week.”

Most of the charities and experts we spoke with said that while donations of any amount are helpful at any time of year, making automatic payments every month can have major benefits for both charities and you as a donor.

“Most people live paycheck to paycheck. If that’s you, then you need to acknowledge your donation is going to have to come out of your paycheck or it’s not going to be there at the end of the year,” Dillman said. Plus, “recurring donations to nonprofits come in on different days of the month, which is great for ones like mine who have daily needs.”

Monthly donations “provide charities like ours with a regular, consistent, and predictable source of support,” Bernstein added. “It’s also more cost-effective for [us], as we can forgo renewal notices, save on our mailing costs, and put more of our money to work defending the environment.”

Many large companies have programs that will match the amount of money you give to charity, Dolan noted. Check with your HR department to see if such a plan exists in your office, and watch your $50 donation turn into $100 with the click of a button.

6. Understand why giving $10 is better than giving nothing.

Charities don’t just need your money; they need you to spread the word about their cause. You’re more likely to do so after you’ve made a donation.

“We see value not just in the donation itself, but also the relationships that we build with our donors over time,” said Poul Olson, a spokesman for The Task Force For Global Health. “They often become our best advocates and help raise awareness about the importance of the work that we’re doing.”

Plus, growing the number of donors on their roster can give organizations more clout when they lobby for change, Bernstein said.

“When we talk to decision makers, the fact that there is such a large group of people behind us — supporting the causes we’re advocating for — makes a big difference,” she said.

And of course, there’s the age-old adage that a little goes a long way.

Consider Dillman’s anecdote from the tutoring center she runs in Thailand: “One of my third-grade students used to cry inconsolably through his morning classes ... He wouldn’t tell any students or teachers what was wrong. Things started to make sense when I checked his English workbook and saw that he’d written ‘no’ next to the question ‘What did you have for breakfast?’... Now I bring him fresh fruit and granola for breakfast every school day and make sure he has food or money for the weekend. Ten dollars a week is what I spend for his breakfast, and ... I am not exaggerating when I tell you that absolutely everything about his school performance started to improve after we established this morning routine.”

7. Give in ways that have nothing to do with your money.

Consider donating your time if there’s simply no room in your budget, says Scott Cohen, a financial advisor with Northwestern Mutual.

“So many people focus on the monetary element of a donation when the donation of volunteering might even be more important,” Cohen told HuffPost. “Both sides are essential [to a charity]: the financial backing and the people who are physically and emotionally in the trenches, carrying out an organization’s mission.”

You might also ask friends and family to make donations in your name instead of giving you birthday or holiday presents, Dolan said. Malani suggested cleaning out your closet and selling the goods online, then donating the profits to your favorite cause.

8. Don’t anticipate getting money back from “tax breaks.”

You may think all this giving will get you some tax breaks, and factor that into your budget. But alas, that’s probably not so, according to Dolan. You’ll likely only get a break if you itemize your tax return, which usually only happens if you have payments like a mortgage or donate lots to charity. This year’s standard deduction for most individuals is $6,350, so unless you donated about that much in 2016, you shouldn’t expect to get any cash back because of your giving.

But of course, Dolan says, “you’re getting the benefit of feeling good.”

This article was written by Suzy Strutner from Huffington Post and was legally licensed through the NewsCred publisher network. Please direct all licensing questions to legal@newscred.com.

Related Topics
October 22, 2020
5 parent-approved ways to celebrate Halloween that are just as fun as trick-or-treating
by Catherine Pearson
October 01, 2020
What grief management can teach us about leadership during hard times
by Sara Deren
May 14, 2020
How your family can volunteer during the pandemic
by Angela Hatem on Offspring