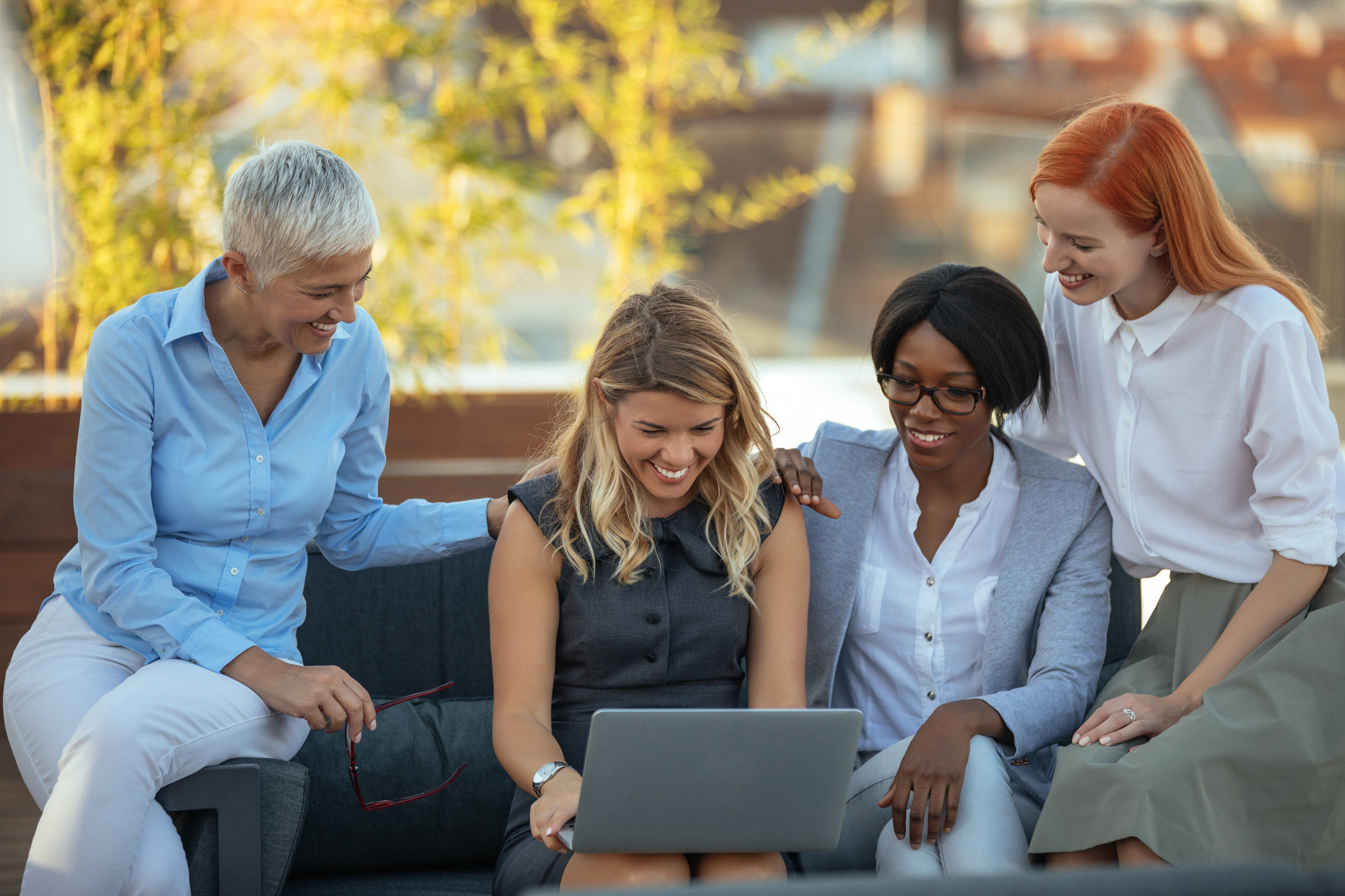 If you’re a regular reader of my column, you’ll know that I write a lot about best practices in corporate innovation and associated strategic themes, techniques and approaches for establishing world-class programs.

While we can learn a lot from studying best practices, it’s also helpful – at least once in a while – to study what we might consider worst practices and what not to do as a way to avoid some of the classic pitfalls for both aspiring and as well as already highly-successful innovators.

Here are four warning signs I believe are important for organizations to be aware of and to have a strategy to counter even if you consider your company to be a world-class innovator:

The first warning sign relates to the appearance of Not-Invented-Here syndrome. This is where your company, or more specifically the culture of your company, believes that all the smart people already work for your organization and there’s not much more you can learn from the outside. Basically, all the best ideas come from inside your organization and why look anywhere else for innovation.

According to an MIT study, “Investigating the Not Invented Here (NIH) Syndrome“, the performance of a project group working together over time increases up to 1.5 years tenure, stays steady for a time, but by five years has declined noticeably.

“The Not-Invented-Here (NIH) syndrome is defined as the tendency of a project group of stable composition to believe it possesses a monopoly of knowledge of its field, which leads it to reject new ideas from outsiders to the likely detriment of its performance.” – Ralph Katz and Thomas J. Allen

The issue with this attitude is that the minute a company proclaims itself as #1 in innovation and starts to believe its own press and letters to shareholders, it’s often doomed to begin a slow decline to fall off the Fortune 500 (or other lists) and be digitally disrupted by smaller, nimbler, more hungry startups.

This is true even if it’s your customers who are proclaiming you to be #1. Your customers may be starting this for all the wrong reasons. Perhaps you’re a high-tech company with a highly visible brand and are gaining this title simply because you’re a household name. Or perhaps your organization has so much cash on hand that you can innovate, make more mistakes than the average organization, yet still appear highly innovative to the outside world.

The strategy to counter this is to fully embrace open innovation and encourage employees to look to customers and partners – as well as other employees outside their immediate project groups – as sources of innovation and inspiration and to find incentives to make this happen. Rather than penalizing employees who seek to work with outside partners and contractors, set up metrics for open innovation and include in annual performance objectives for those departments and staff where this applies.

The second warning sign relates to the infamous Project X. This is where your company invests in an idea and refuses to let it go or to stop investing even when the market is telling you otherwise. In many cases, once a company gets a certain way along in their product innovation and marketing there’s so much time and money invested, so many executives bought in, and so many careers on the line, that it’s hard to pull out.

Rather than recognizing limited market traction several years in, and despite a series of unsuccessful pivot attempts, or go-to-market strategy changes, the product continues to be a non-starter for a variety of reasons which might include business model issues, brand-alignment issues, limited value proposition or differentiation, or over-complexity among a host of other items.

“The timing of failure is perhaps the trickiest element to get right. A good failure is a fast one… but one of the hallmarks of an innovative company is that it gives good ideas plenty of time to gestate.” – Eric Schmidt and Jonathan Rosenberg

The issue with the Product X mentality is that warning signs are ignored, and money and effort continue to be invested in a non-productive venture that takes resources away from other initiatives that could really make an impact.

The strategy to counter this is to fail fast (but not too fast – giving the ideas time to gestate and pivot where needed), and to set suitable time limits for products to become profitable. While different products and services will require different time periods to take flight and to achieve profitability, if they’re not profitable in a couple of years (or much sooner of course in the case of startups), it’s time to pursue other options. These other options may include to retire the products or services, to see if they can be utilized by others external to your organization (i.e. “inside-out” open innovation), or to revisit them later when perhaps market conditions and circumstances may have changed or when new opportunities may have arisen.

The third warning sign relates to lack of diversity. This often shows up in corporate hiring practices and excludes great candidates due to elements including age, gender, ethnicity and sexual orientation. In addition to the inherent diversity that people are born with, companies may also discriminate against acquired diversity where people’s prior employers and countries of work experience may be counted against them as well.

In non-diverse organizations, “group think” predominates and a diversity of views, perspectives and approaches that could lead to breakthrough innovations are lost. There may still be innovation, of course, but countless ideas are never allowed the light of day because “outside the box” ideas are never heard.

“Employees of firms with inherent and acquired diversity are 45% likelier to report a growth in market share over the previous year and 70% likelier to report that the firm captured a new market” – Sylvia Ann Hewlett, Melinda Marshall and Laura Sherbin

Even if a company has a “hire the best” principle, if employees don’t follow this principle, or just give it lip-service, they can end up hiring sub-optimally by denying opportunities to older candidates with more experience than themselves (perhaps because they feel threatened) or to candidates with other differences in their inherent and acquired makeup.

The strategy to counter this is to realize that it’s not only the right thing to do legally and ethically, but diversity is an immense asset to corporate innovation as well as to corporate culture and the success of your company. Just as you should seek diverse views and ideas from outside your organization, you should also create a culture and workplace where you have access to diverse employees and ideas internally as well.

The final warning sign relates to internal politics and cultural issues. This is perhaps one of the most-written-about barriers to innovation and occurs whenever there are conflicting agendas, rival teams, limited leadership and unfocused direction from the top, or poor communication and collaboration, among many other factors.

The issue with internal politics is that it can often result in overlapping or even conflicting programs, wasted spend, confusion in the workplace, reduced customer satisfaction, reduced win rates and overall sub-optimal results. The challenge with cultural issues is that they’re typically not a quick fix (actually, almost never) and even in companies who believe they’re great innovators, and even if the overall culture is great, specific cultural misalignments such as not-invented-here syndrome can hamper results.

The strategy to counter this is complex, just like the other serious challenges outlined, but may include strong leadership and communication of strategy from the top, fostering an innovative culture, making innovation everyone’s job, encouraging and rewarding collaboration, and ensuring cross business unit objectives, as well as management objectives, are well-aligned.

Overall, to correct these four warning signs and cultural barriers to innovation, a focus on open innovation (accepting ideas from the outside), on failing fast (but not too fast), on diversity and inclusion (accepting all people from the outside, and considering all their ideas on the inside), as well as tackling ever-present macro-level political and cultural issues can help you continuously improve your innovation initiatives and improve the odds of success.

Removing these cultural barriers to innovation will also make your company a far better place to work and undoubtedly improve customer satisfaction as well as revenue and growth.

This article was written by Nicholas D. Evans from CIO and was legally licensed through the NewsCred publisher network. Please direct all licensing questions to legal@newscred.com.