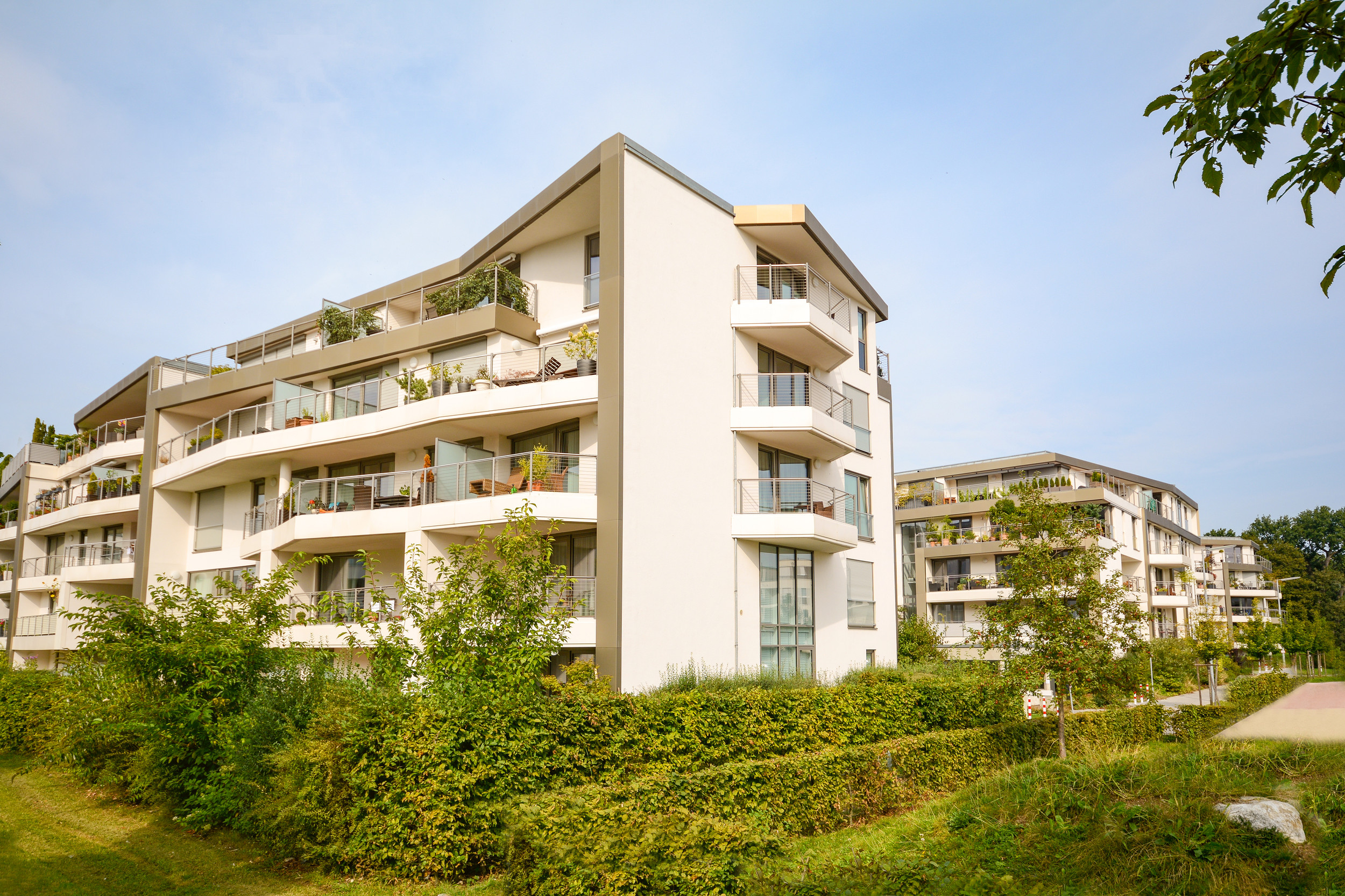 The most successful leaders are men and women of high character. That’s because their honesty, accountability, courage and fairness create tremendous loyalty in the people they lead. High-character leadership also promotes productivity. You want to work hard for someone who treats you with respect and pays you fairly.

News about leaders, however, usually concerns people in business or politics. Association leaders have a lot to offer too. As I did in an earlier column, I’m pleased to shine a spotlight on association leadership.

Here are five high-character activities that these leaders engage in. Whether or not you lead an association, however, you’ll find them useful, especially if you’re just beginning your leadership role.

No one likes to be criticized. But high-character leaders accept and even solicit feedback. Paying attention to an accurate evaluation of your work is the only way to do it better.

Dana Woods, CEO of the American Association of Critical Care Nurses, explained to me how she has used this rule effectively.

We were dealing with some organizational structure changes and I could tell that there was a lot not being said. It was inhibiting our progress. I’d read that effective teams are able to discuss the undiscussable, so I asked the group what was going on.

This unleashed years of frustration that some people had, some of it toward me and members of my team. They felt that their departments hadn’t been given priority, so they weren’t feeling engaged as collaborative partners, which we value in our organization. By inviting them to talk about their concerns, and as a result of having difficult conversations like this, we now make more decisions about priorities together. Although we’re still a work in progress, we have a clearer sense of what everyone is doing and trying to achieve in the various parts of the organization.

What struck me most about my conversation with Woods was how humble she is. High-character leaders know their success depends on the contributions of many others. It is inspiring to find humility in a leader whose organization exceeds 120,000 members. If Dana Woods were the CEO of my organization, that openness to improving her leadership ability would make me say, “This is someone I am proud to have at the helm.”

Immerse Yourself In The Field You’re Representing

An often-repeated rule for fiction writers is, “Write what you know.” By the same token, leaders of associations would do well to lead what they know.

That’s what Arthur Schwartz, Executive Director of the National Academy of Forensic Engineers (NAFE) and Deputy Executive Director of the National Society of Professional Engineers (NSPE), told me. Schwartz leads an engineering association but is not an engineer himself. He has learned about the technical aspects of engineering, yet his leadership role requires understanding even more than that.

The licensing of professional engineering and issues such as liability insurance, risk management, professional practice issues, contract documents that affect the design and construction industry and ethics are matters that engineers are deeply interested in.

In addition to learning from professional members of the association, Schwartz reads trade journals and other professional literature. Doing this “makes you a better association manager. It makes the work much more fulfilling.”

It also promotes respect from the membership. Walking the talk involves learning both the walk and the talk. “Our organization is stronger than it has ever been, largely due to [Schwartz's] management and leadership,” wrote NAFE member Jeffrey Armstrong on Schwartz’s LinkedIn page. “Art is not only an asset to organizations such as the National Academy of Forensic Engineers and the National Society of Professional Engineers but to the entire engineering profession.”

Don’t Be Afraid To Admit Your Mistakes

One of the most common leadership myths is that telling your group, “I made a mistake,” is a sign of weakness. Such an admission is the opposite of that because it takes the strength of character to admit you’re imperfect. Richard Hunt, President and CEO of the Consumer Bankers Association, minces no words about this. “If you’re not making a mistake,” he told me, “that means you’re not trying hard enough.”

Hunt is humble enough to speak publicly about a notable mistake he made.

I knew I wanted a great speaker at one of our conferences. The speaker fell flat and was a disservice to our membership. And I remember admitting to the entire team, ‘Hey, that was my call. I made a mistake. I should have done more research on it.’

One of the benefits of admitting your mistakes as a leader is that you give permission to others to let themselves off the hook. After he took responsibility for the speaker fiasco, Hunts says, “I think there was a little sigh of relief that it’s okay to make mistakes. I don’t want them making them too many times now, don’t get me wrong. But we all learn from it.”

Figure Out Whom You Need To Know

Every group has a few people whom others love to be with. Dianne White, Executive Director of the Malibu/M-Class Owners & Pilots Association, suggests you get to know these people.

Who do you find fascinating? Who is it that everyone gravitates to and treats with great esteem? Some of that could be hero worship that really isn’t of substance, but find out and network. If they want to help build the organization, they’ll make the time to meet with you.

White says that it’s not only people within the association who can help you become a more effective leader. People throughout the industry and even those outside of it can help you grow as a professional.

By the way, “Malibu is actually the model of the aircraft,” White says. “It’s used a lot for business and takes a lot of training and experience to operate it safely.”

Understand The Backstory Of An Organization

Tom Gentzel, Executive Director and CEO of the National School Boards Association, told me how crucial it has been for him to appreciate the backstory of the organization he now leads. Anyone in a similar position would do well to remember that “whoever was in a leadership role before you made the best decision they could with the information they had at the time,” he says. “Having a sense of the history of the group makes leading the organization easier.”

Appreciating what happened before you came on board has another benefit, Gentzel notes.

It respects the contributions of those who might be in the organization who were there before you got there and who worked hard at things they were told were important at the time. It’s easy for staff and board members to feel devalued if the new administration comes in and focuses on how ‘we’re going to change things around here.’

If you want to affect change in the group you’re now leading, Gentzel says you’re more likely do this “by presenting change as building on the work that has been done before.’

I’ve seen what can happen when leaders don’t follow Gentzel’s advice, and I’ll bet you have too. Dismantling a signature program, for example, announces to everyone, “There’s a new sheriff in town,” but unless you justify this action, you’ll create hostility and resentment. Change for change’s sake is not consistent with high-character leadership.

Never Assume That Your PowerPoint Presentation Will Remain Private

Ignore this rule at your peril! It was Stephen Sandherr, CEO of the Association of General Contractors, who told me about it. He is passionate about following the rule because he’ll never forget the one time he didn’t.

I had done a PowerPoint that I assumed was going to be used only internally. Two entities that I had shared it put it on their websites. It was critical but I would say truthful about the management and leadership style about a politician. A media website was alerted to this or found it on their own and published a few of the slides from the PowerPoint, because it was a man-bites-dog story: ‘Business Association is Critical of a Republican Leader.’

We got press calls about it, and I had to own it. I went to our officers, explained what had happened and said, ‘This is my fault and shouldn’t have been make public.’ And I learned a valuable lesson–that I should never assume that anything that is put on a screen or on a thumb drive remains private.

The real leadership lesson here is that high-character leaders take responsibility for their mistakes. I asked Sandherr if he feared that the board might fire him. “No. And, that’s because I think I have a long history of being honest.”

Honesty, accountability and humility. Sandherr’s story reveals these three qualities of his leadership and explains why the Association of General Contractors has entrusted him to guide the organization for 22 years.

That’s high-character leadership in action. And you can achieve the same honor and longevity by following the six guidelines we’ve discussed here. Add the six kernels of wisdom from the previous column on effective association leadership, and you will be well positioned to serve others effectively and enhance the mission of your organization.

Some of the quotations were condensed and edited.

This article was written by Bruce Weinstein from Forbes and was legally licensed through the NewsCred publisher network. Please direct all licensing questions to legal@newscred.com.

Related Topics
January 14, 2021
4 smart New Year's resolutions for homeowners
by Christy Bieber
January 07, 2021
How to get the down payment for a home purchase
by Erik Carter
December 31, 2020
How to save on air conditioning and heating in an older home
by David Leto