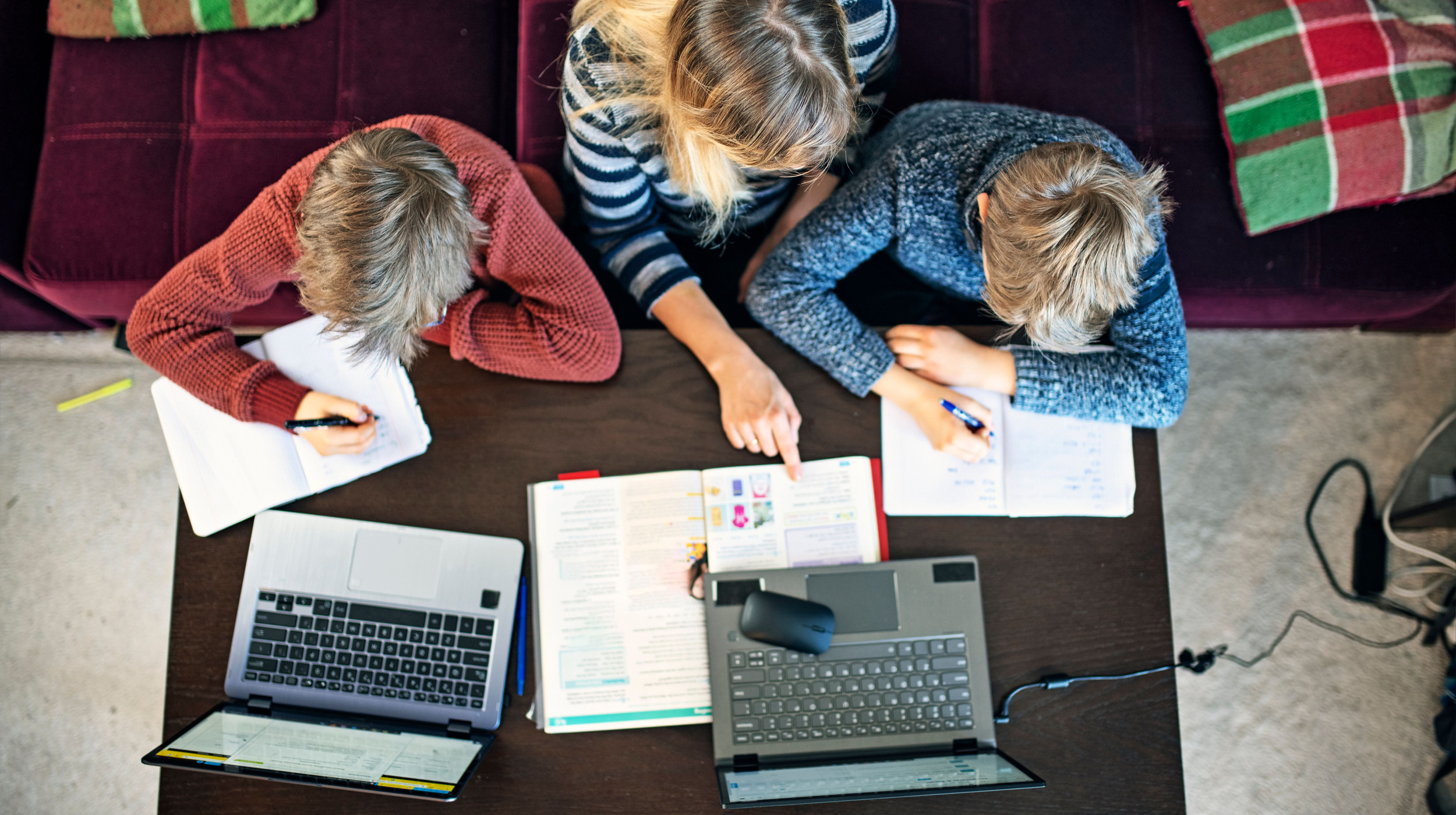 The lack of planning happening around child care in my household right now is laughable. Since March, my husband and I have been sharing work and child care responsibilities, white-knuckling it through most days. Now we’re heading into a fall with no daycare for our younger kid (it’s small, crowded and after months of paying to hold his spot, we finally decided to pull him) and only two days a week of in-person school for our older kiddo, we realize we need a longer-term solution. We just have no idea what that solution is.

A new survey from Wakefield Research (a market research company) on behalf of Maven (a virtual women’s health clinic), suggests I’m very much so not alone in my confusion.

More than 60% of 1,000 parents surveyed said they do not have a clear plan of how they’re handing child care this fall. And 15% are really stumped. As in, they have literally no idea if they’re sending their kiddos into daycare or school in the coming days.

“I think what’s really unique about what parents are facing right now is that there’s not necessarily as much commonality with their friends and family because of all the variables that are going into each decision,” said Kate Ryder, CEO and founder of Maven, which in addition to releasing the survey released a new, free tool to help parents weigh their child care options during COVID-19. “You could have two people who work for the same company and live down the street from each other, but one person is living with an elder family member and one has an 8-year-old and the other has a 2-year-old. And all of a sudden, their realities are so different.”

HuffPost Parents caught up with Emily Oster — an economics professor at Brown University and author of “Expecting Better” who also partnered with Maven on its new child care choices tool — to help parents weigh their child care options. And how the heck to make sense of all of this.

One of the biggest challenges for parents right now is that there is new information coming at us, every...single...day. Personally, I feel like I’m changing my mind about plans daily.

There are new studies coming out all the time. I think one of the things that’s happening to people is that they’re reacting to each new piece of data as if the new data is better than the old data. I often tell people there are really good sources where people have gone through and looked at all of the data we have so far.

So before you overreact to a particular study and say, “Now I can’t send my kid to school because this one study of six kids said this thing,” go back and look at everything that’s come out before. Try to get some context. That’s particularly difficult in this time where everything is moving so fast, but I think it’s really important. There are new studies coming out all the time, but there’s already good data out there too.

But it’s also hard to make informed child care plans when no one has any idea how long this is all going to last. What are your thoughts on a timeline?

I think there’s a good chance that there will be some kind of vaccine by early next year — so that would be, maybe, February. But it’s going to take a while before that vaccine is actually broadly accessible to people.

I think realistically we should be planning for the next year. Then 12 months from now, hopefully, things will look very different.

The timeline frames what you’re really talking about when you make these choices.

What are some other factors parents should be considering as they work through these new, thorny child care decisions?

One thing is understanding the community level of prevalence, both its level and its change. That’s probably the most important piece of information for people to be looking at.

I’ve seen people outline particular numbers, like 3% or 5%, but those numbers aren’t particularly meaningful because it’s not even clear what that number actually is. A lot of it is just about thinking about people’s personal situation and what are the kinds of risks in your family: Is anyone immunocompromised? Are there reasons why it would be particularly dangerous if your kids got COVID?

You’ve been writing about how parents can think through COVID-related decisions for themselves and their kids for months now. Has anything changed your thinking on the factors parents should be considering as this all continues on?

I think the evidence on the risks and kids has actually been pretty consistent. But one of the things I’ve heard is that we may have underestimated the mental health costs to kids of all this isolation. I’ve heard from parents that when their kids went back to camp or saw some friends, their kids were totally different. They hadn’t realized how isolated and unhappy they were. Not everybody is going to have that experience, but I do think we may not have fully understood some of the costs we asked our children to pay.

This article was written by Catherine Pearson from Huffington Post and was legally licensed through the Industry Dive publisher network. Please direct all licensing questions to legal@industrydive.com.

Related Topics
January 07, 2021
How to talk with your parents about their estate plan, even if they don't want to
by Liz Knueven
December 17, 2020
I'm a single working mom — here's how I built my much-needed parenting support system during the pandemic
November 25, 2020
Kids and Money: Teach your kids to find their voice as consumers this holiday season
by Steve Rosen